You probably have heard of Liver King – an online influencer that burst onto the internet about 12 months ago. He’s known for his 9 ancestral ways of life that he lives by. Recently he’s been in a controversy because of a leaked email that allegedly reveals he’s been using steroids. On this episode of The Helix Experience Podcast, Tim Frey talks about what this controversy means for Liver King and what we can get from it.

Podcast Transcript: Liver King Proven Liar – Here’s What We Can Learn From It

Speaker1: [00:00:02] All right, guys. Today we’re talking about the liver king and he was proven a fraud just recently. So I wanted to make a podcast episode on essentially about what we can learn from it. I think we can learn lessons from everything. And this one has taught me a valuable few. So I’m going to start at the start here. He burst on the scene probably like 12 to 18 months ago. I think you probably saw him on Instagram first and it felt very choreographed for me. I was watching him and I thought, Well, this guy’s fucking jacked and he’s very well-spoken and he’s great on camera and he looks like an actor. So it was kind of weird. And then he was just publishing content like a fucking mad man, like it was on a schedule. And I thought, This is very sinister. Then I read more into it and he was claiming the ancestral ways, which basically were around his nine ancestral tenants, which are sleep, eat, move, shield, connect, cold sun, fight and bond. None of those you can disagree with in a way you would think like sleeping well is important for health. Eating well is important for health. Moving, you know, shielding your loved ones from danger. I would assume that’s what that means. Connecting with people, getting in the cold, getting the sun, fighting and bonding.

Speaker1: [00:01:23] You know, they are all agreeable traits. His main philosophy was eating ancestral and knows detail, which is essentially meats or animal products only, which we’ve seen the Carnivore phenomenon sweep the Internet in the last couple of years, which, you know, whether you agree with or don’t. I think I’ve tried Carnivore and I’ve tried vegan and I’ve tried vegetarian. I think the answer is somewhere in the middle, which it always seems to be with everything basically in life, the answer is always somewhere in the middle. So what has come out recently? So there were leaked emails from his doctor bloodwork, our full steroid cycle breakdown. So this was all proven at nauseum by Derek from more plates, more dates he was using up to 6 to 7 performance enhancing drugs, which is a fucking big concoction of drugs. So he was essentially running Winstrol Testosterone and a bunch of other performance enhancing drugs which could seriously help his physique, which you guys have seen all over social media. There was detailed plans on how Liver King wanted to get 1 million followers from nothing, and this was about 12 months before he started really cranking it up on social media. He planned to have a film crew at his house seven days every month to film all this content. And then he would have a team post everything on social media, and it was really choreographed.

Speaker1: [00:02:58] Since then, Liver King has furiously denied being on performance enhancing drugs on every podcast he ever went on, and he would claim that people that used performance enhancing drugs was sub prime, in his words. So he went on the Bradley Martin podcast Carnivore named Stephen Bartlett the impulsive podcast and the human Lab. Joe Rogan furiously called him out a couple of times on this podcast and claims that he was lying. I think when I think about this whole story, I think you want to believe that he is natural because you want to believe that it is possible. And that’s where it kind of a little bit disappointing for me is like in the in my heart of hearts and in the back of my mind, I always knew that he was on performance enhancing drugs. But you’d like to think that it’s possible to show you what could be possible as a natural. But, you know, you look at the guy and he’s got a ten pack or a 12 pack and he’s fucking red and he’s absolutely jacked year round. And, you know, your alarm bells should be going off at this point. So what it means for Liver King, he’s definitely like found out since this has been published. And I went on his Instagram just before I looked at his latest post and I checked out the comments, I’d say like 40% of the comments were talking about him being found out, and the other 60% were either oblivious, haven’t known yet, don’t know or don’t care.

Speaker1: [00:04:25] And I know if one Instagram post is not anything to go by, but, you know, just thinking about the whole Kanye thing and, you know, anti Semitism, I don’t think this is the end for liver king. I think people that love him, love him, people that hate him, hate him, obviously, like he lied about it, which is not great. And it’s not the right thing to do morally, but, you know, for his own commercial gain. So I think he’s probably going to come out and deny the allegations. He will say they made up and people were making these things up like people wrote the emails and they leaked them on purpose and. There was a guy that was in his own company and he had an email address from the ancestral company that he works for, saying that he shared some human growth hormone related emails in there, which is pretty damning when someone in your own company has come out and confirmed that you’re on steroids. But I think true fans will still be true fans of Liver King. And I don’t think people or the general population care as much as you think people that use like steroids and performance enhancing drugs.

Speaker1: [00:05:32] I think it’s quite interesting for the average person like you and me, because you kind of want to see what happens to them. Like, is it true? Like, are they going to essentially just like one day I keel over and die. But liver king is inspirational to watch, even if he is unnatural, which everyone fucking anyway. So it’s not like a huge surprise to anyone. So what we can learn from it. I think like when I was researching this podcast and and writing notes for it, I think it’s always the like, the lesson here is like, if it seems too good to be true, it probably is. And it’s a really good reminder of that. It’s like guys that are next level guys and girls that are next level jacked year round, probably on something. It’s probably borderline impossible to get that jacked naturally like but 99.99% chance. Like I know some guys that aren’t quite Liver King level jacked but they’re definitely not natural and people that have these freaky physiques we really need to ask be asking a little bit more probably probably asking a little bit more if they’re just claiming natural that is this the right thing to be putting out for the general population? Because they probably believe it.

Speaker1: [00:06:48] Most people that were calling him out were in the fitness industry, which, you know, goes for itself because most people are in the fitness industry know and they know how to call a spade a spade and call bullshit on someone. There was like the big thing where, you know, Joe Rogan was calling him out saying he was unnatural. And then he called out Joe Rogan and wanted to get on Joe Rogan podcast. But then Joe Rogan denied it because he didn’t want Liver king on his podcast, just getting more famous by using Joe Rogan’s platform, which I can super respect now. And lastly, like his conviction fooled me. So how honest or honest he seemed and how determined to prove that he was natural almost nearly fooled me. And I’m a seasoned veteran in the fitness industry, so if it nearly fooled me, I would say it nearly fooled a lot of people that were a little bit less suspecting that he wasn’t natural. So lastly, guys, if it seems too good to be true, it probably is. So take that with a pinch of salt, especially on the influencers that you follow online, especially through the fitness industry. If they look like they’re on PEDs, they’re probably on fucking PEDs. There’s a lot of people that are in the fitness industry. Thanks for checking out this episode. 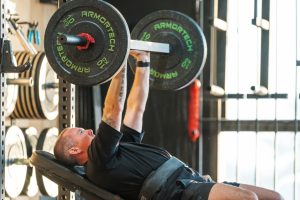 How To Social Media Detox

How To Social Media Detox While social media keeps us connected with others, there are times it triggers our emotions too. With those different emotions, 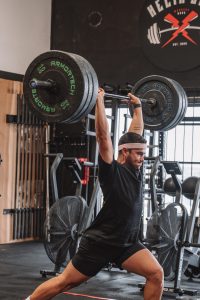 This may be the only article about metabolism you read that isn’t an advertisement. The speed at which your body burns through energy is known

Click the button below to claim your Helix Gym trial.

Click the button below to claim your free 3x training programs